A really strong dog, pulled over 1300lbs in a Weight Pull competition and he became quite a hit with the folks at the United Pulling Federation, who organise the pulls in the UK. At his second competition he was just one pull away from being titled, when he pulled a bit over FOURTEEN TIMES his body weight!

He could work hard in a team especially on a demanding up hill pull, but preferred the easy life and would just run along and keep up with the rest of the team, so he ran in one of our smaller teams or at wheel in our 10-dog team. He was also ruined as a young dog by an ill-mannered team many times out on the trail and even over five years down the line still needed to be watched when we passed or were passed by another team, though he got away from the jump-in-first attitude which he had adopted! 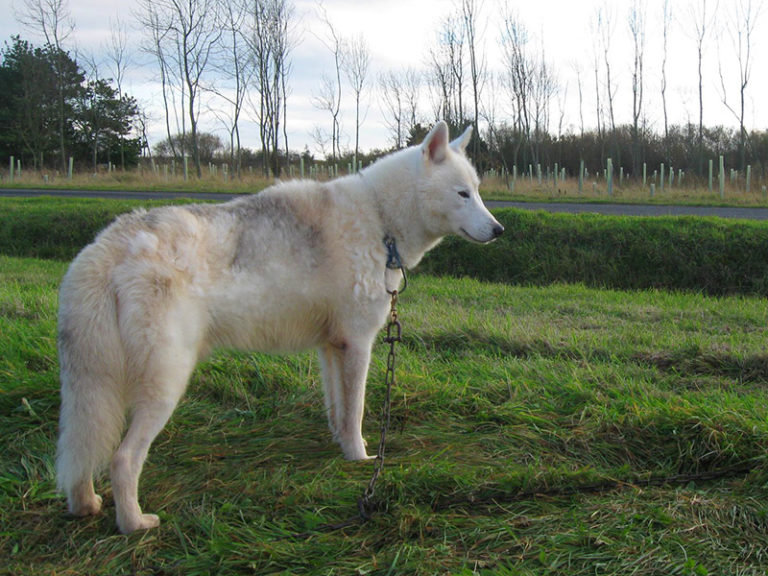